The back up is leaking too!! 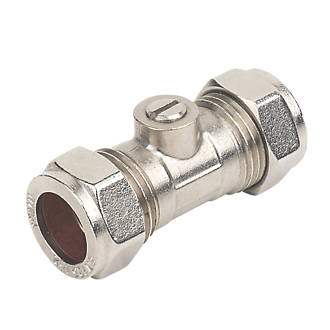 British Houses have lots of valves, that’s because they have complex water systems, that’s because we mostly use gas for heating. I don’t know why we historically use gas for heating, I don’t particular care how we got to where we are, it doesn’t change where we are. I do know that gas heating (hot water and C/H – which is technically again hot water) is three/four times cheaper than electrical heating (to satisfy my housemate I quote my source: https://www.ovoenergy.com/guides/energy-guides/heating-costs-gas-vs-oil-vs-electric-storage-heaters.html)

With electric storage heaters on the lower Economy 7 tariff (12-7am), the costs would be about £900, while using standard rate electricity would cost a whopping £1,950. … At 16p/kWh per unit of usable heat, electric heating is three and half times more expensive than an efficient combi boiler using gas.

I digress. The point is there are many valves. Some of these valves are cheap but not meant to be used often, like this one:

Other valves have multiple closing mechanisms and are expensive’ish (£12) like this one: 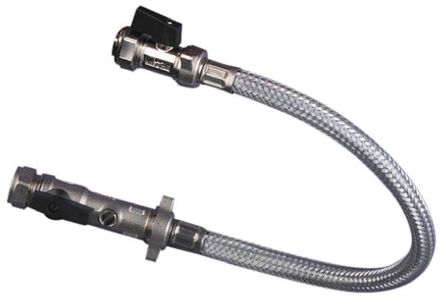 So that bad boy with 3 valves on it is the one that developed issues, I kid you not. You see it’s crucial that the C/H doesn’t flow back into the water mains thereby contaminating the house’s drinking water. That’s why every filling loop as two handles, you open to charge up the pressure in a C/H set up, and then you close both handles once you reach your target pressure – say 1.5bar. It’s been built to be opened and closed often.

Why does it develop a leak then? Well for reasons, the point is you’d hope that the leak develops on the one side of the flexi-hose so that you can close the existing little valve in the middle (the one you need a screw driver to close) and then you could change the flexi-hose and it’s attachment. Alas that’s not the one that developed a leak. Alternatively if it is the valve in the middle that develops a leak you can close the two outer valves, so any way it was the valve in the middle that developed a leak. However when I tried to close the outer most valve it started leaking too!!! For all I know at some point an engineer come across this when servicing it, noticed the outer most valve leaks (when in a closed position), and rather than replacing the valve he decided he’ll simply start using the inner valve. Well great that works, as long as the inner valve doesn’t develope a leak!

In spite of all this back-ups built into the system I’ve had to fix the leak, as it’s late in the day and I don’t have energy nor confidence in heading over to B&Q to buy the appropriate part. Simple solution would be to splice a new isolation valve into the existing copper pipework. This isolation valve would be left open at all times and only closed on the rare occassion when we need to change any part of the filling loop, so it serves as a backup.

I guess tomorrow I’ll have to attend to fit a new filling loop. Some pictures for your enjoyment.

What’s this all cost? As Kingdom Houses was able to handle this task in-house and in less than 1 hour only the initial call out charge of £35 is payable! You can’t beat the value in that, an outside plumber would have charged in excess of £80+VAT (excludes the decorating cost to repair the ceiling where the leak had caused damage, that can be dealt with on a fixed quote basis). 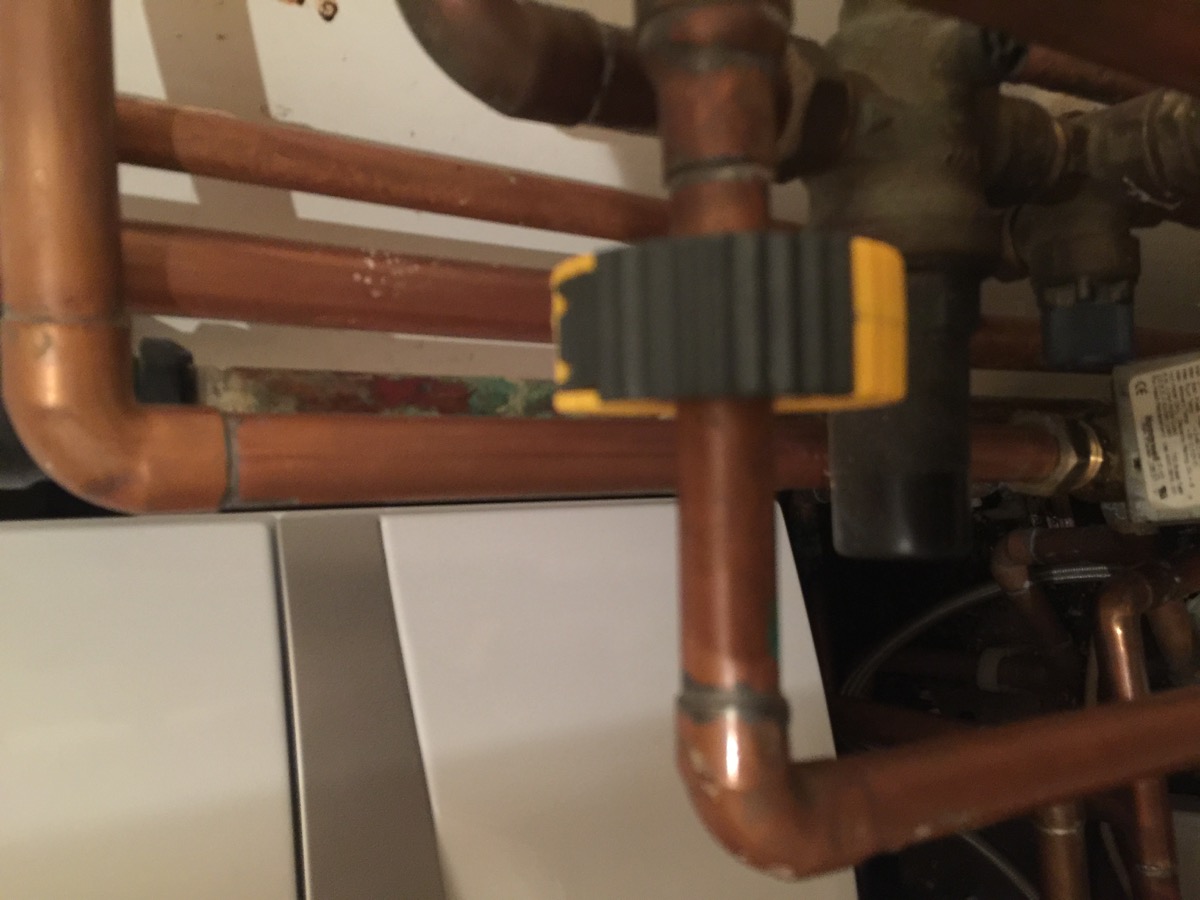 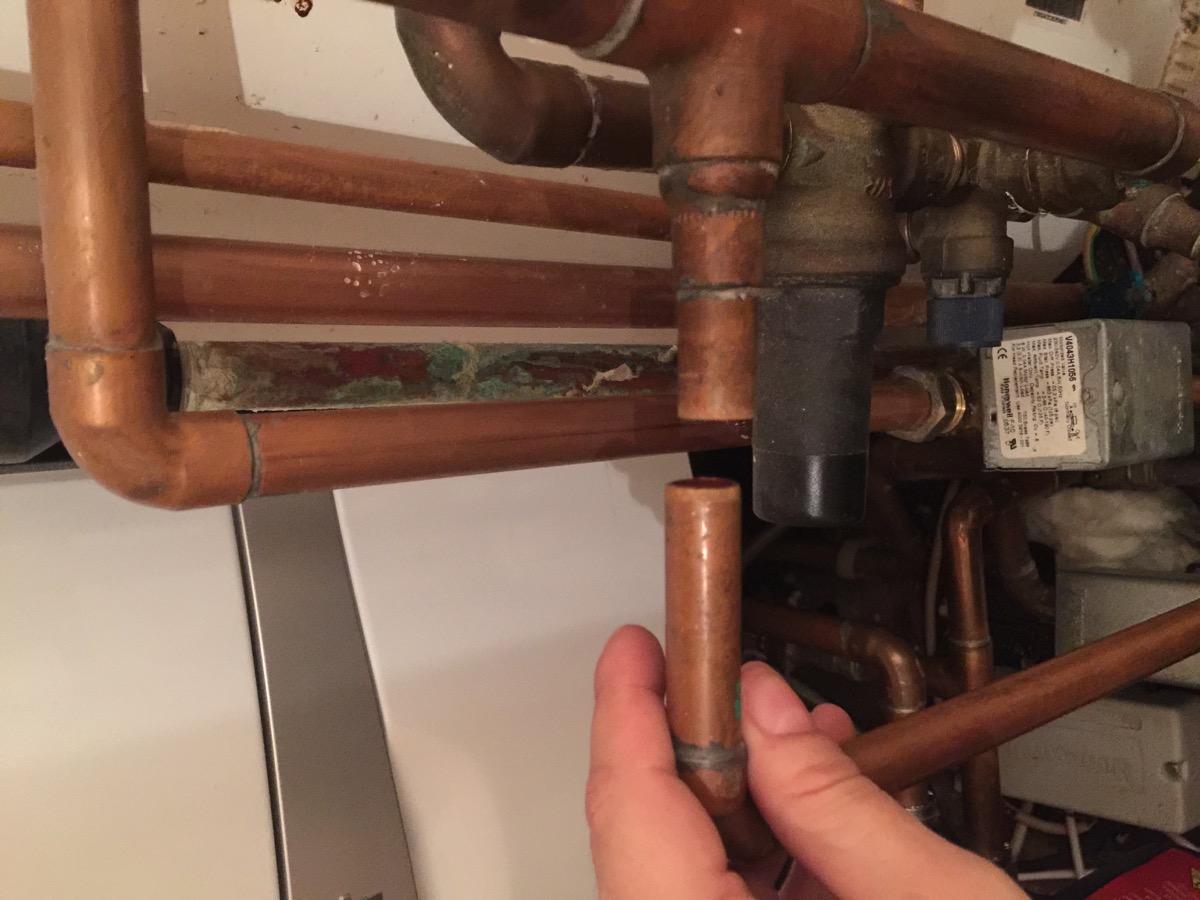 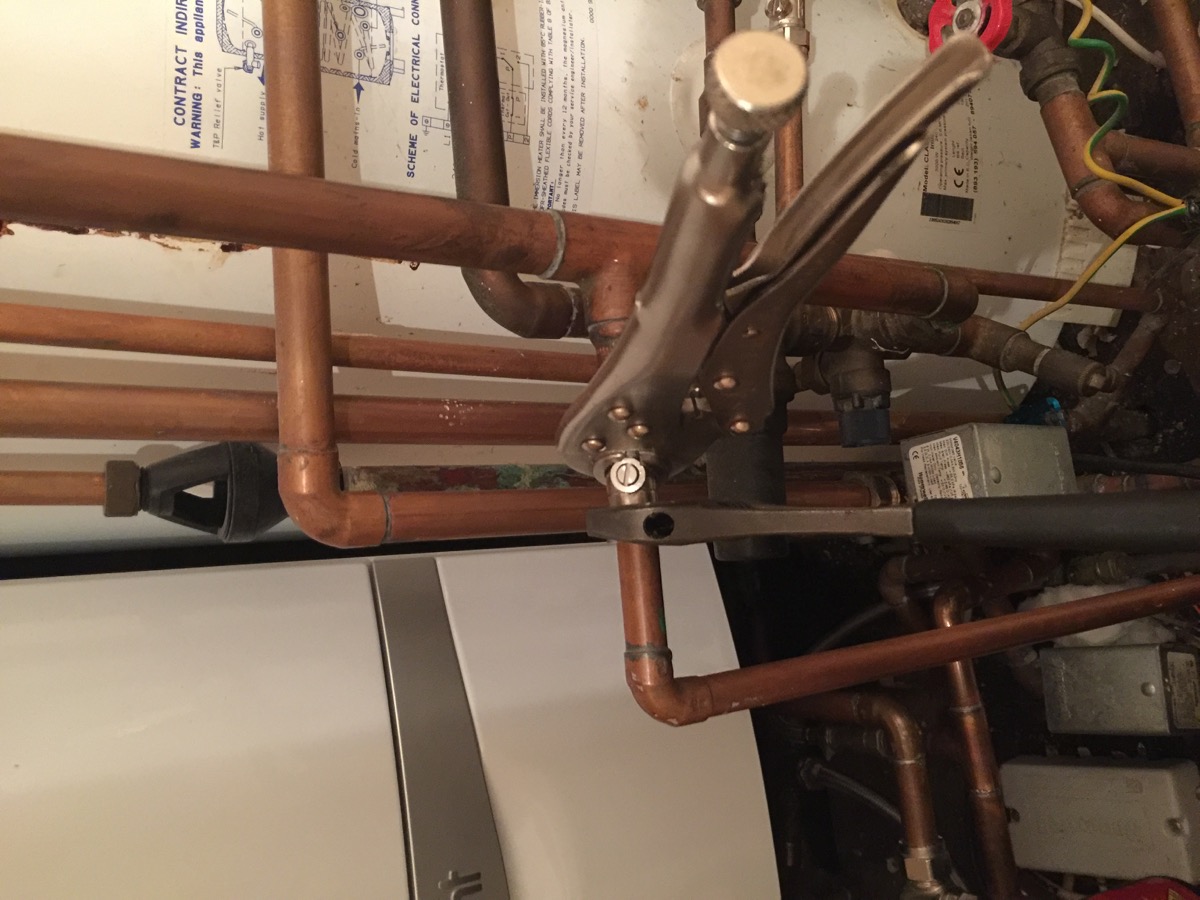 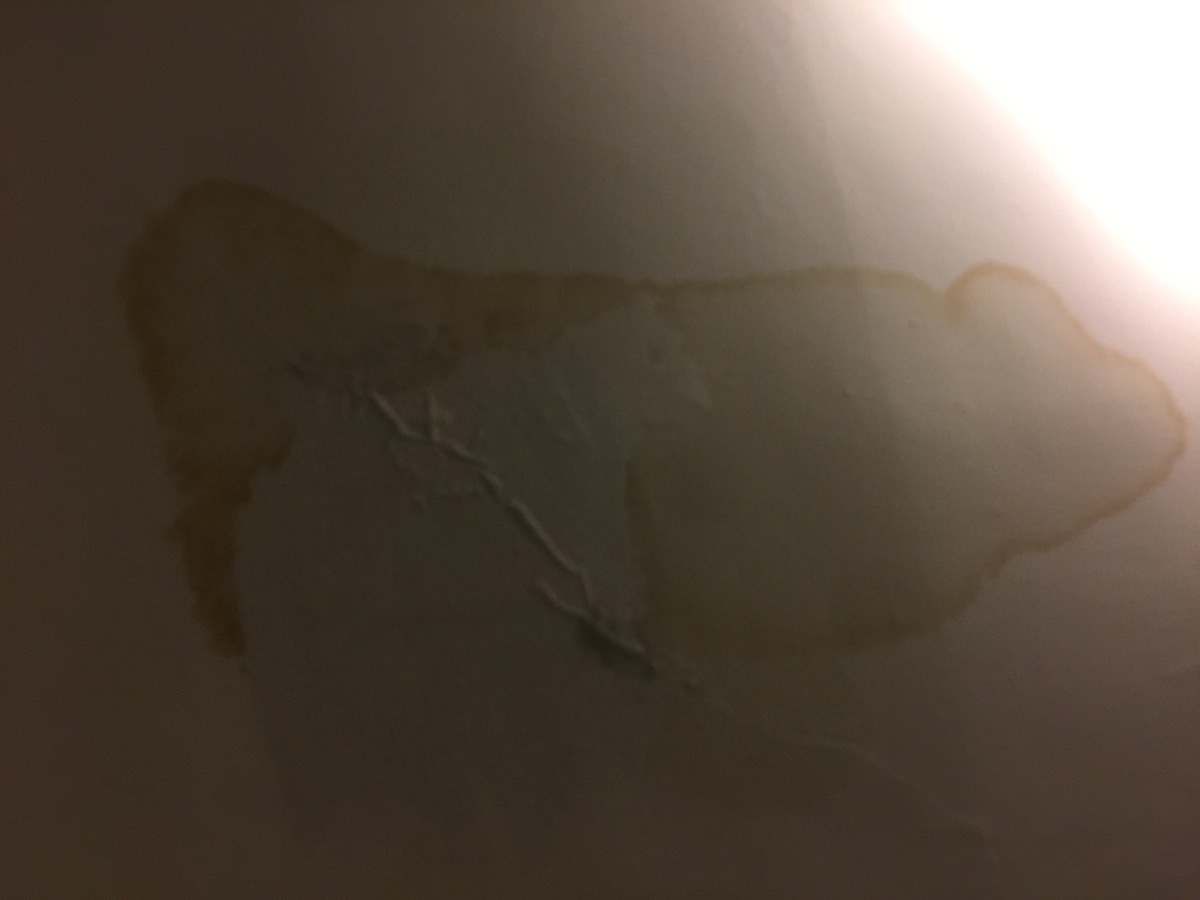